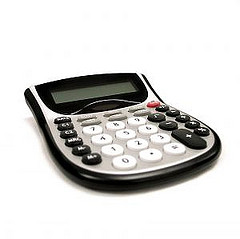 On Sunday, The New York Times reported that mortgage servicers are getting lenders in trouble with the law. In this case, the “law” is a federal bankruptcy judge, who came down hard on lenders for errors in calculating the amounts due under mortgage loans.

In at least one case, a borrower who had come out of bankruptcy was entitled to have his arrearages recalculated, pursuant to a bankruptcy court order.  But, Wells Fargo didn’t do the recalculation.

Wells may not be alone:

In this Court’s experience, few, if any, lenders make the adjustments necessary to properly account for a reorganized debt repayment plan.  As a result, it is common to see late charges, fees, and other expenses assessed to a debtor’s loan as a result of postpetition accounting mistakes made by lenders. . . . It appears to this Court that lenders refuse to make these adjustments because few debtors challenge their accounting and even less pay out their entire loan before discharge. . . . Thus, many lenders appear to take a “wait and see” attitude rather than provide the type of individualized administration that a reorganized debt requires.

But, that’s not the most disturbing part, from my perspective.  It’s not terribly hard to imagine a bogged down lender making a math error, as long as they promptly correct it.  But, for my money, the real problem is that its counsel pushed the matter all the way to trial, even though Wells’ witness could not explain the calculation of the amounts allegedly owed.

According to the court, Wells Fargo’s calculation mistakes, “resulted in such a tangled mess that neither the Debtor, who is a certified public accountant, nor Wells Fargo’s own representative could fully understand or explain the accounting offered.”

The Court notes for the record that Debtor’s counsel propounded written discovery and interrogatories on Wells Fargo’s accounting before trial and conducted a pretrial deposition of Wells Fargo’s representative, the same person that testified at trial.  Despite these efforts, Wells Fargo was still unclear and unknowledgeable about the calculation of its own debt history, often offering new explanations and facts on the stand from those given during discovery.

Ouch! I’ve got to tell you, folks, if you represent a lender, and the lender’s testifying witness can’t explain the math, it’s game over.  You settle that sucker, and spare your client the embarrassment.  I can’t fathom why this went to trial.

The result: “this Court will consider an award for sanctions for violation of the automatic stay and its Order for confirmation at a separate hearing.”