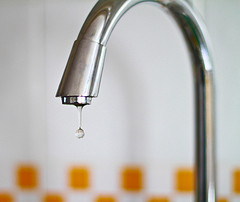 We buy homeowner’s insurance to protect our homes against perils. So, many homeowners are surprised to learn that their policies may exclude things that they believed were covered. For instance, many policies exclude water damage caused by defective construction. Such was the case in Friedberg v. Chubb & Son, Inc.

Insurance Policies: They Give, Then Take Away, Then Give Again

Insurance policies are divided into roughly three parts (putting aside the all important declaration section).

The first part describes, in typically broad language, what the policy covers.

The next part, called the “Exclusions,” takes away what the first part gave. It says, “Notwithstanding all the stuff we cover, we don’t cover this or that or the other thing.” Well, thanks a bunch!

The third part gives a little back. It’s called the “Exception to an Exclusion.”  It restores a bit of the coverage taken away by the Exclusion. It says something like, “That thing that we took away. Well it counts, but it doesn’t include this or that.” Usually the “this” or “that” are things that you would have been shocked to find excluded to begin with.

In the Friedberg case, Judge Doty goes through the three part (coverage, exclusion, exception) analysis described above. Here’s where he came out:

It Doesn’t Usually Work To Challenge Your Own Expert

The Friedbergs argued that they were entitled to coverage because Chubb could not show that the damage to their home was caused by faulty construction. Yet, both Chubb and the Friedbergs’ own expert agreed that the damage was caused by faulty construction. The moral of the story: It’s awfully hard to argue against the conclusions of your own expert witness.
Photo by Tom Raftery.