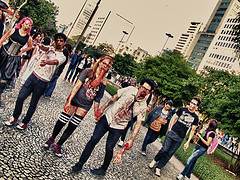 The best horror films share a common feature: The killer can always come back from the dead. The Minnesota Supreme Court recently decided that the same is not true of contribution and indemnity claims arising out of construction defects. In In re Individual 35W Bridge Litigation, the Minnesota Supreme Court held that the 2007 amendments to Minn. Stat. 541.051 did not retroactively revive an already extinguished claim for contribution.

The 35W Bridge litigation was initiated by folks injured by the 2007 collapse of the interstate 35W bridge spanning the Mississippi in Minneapolis. The plaintiffs sued URS Corporation, a contractor that performed work on the bridge. URS, in turn, sued Jacobs Engineering Group, Inc., a predecessor of the bridge designer, for contribution and indemnity. URS’s claim against Jacobs alleged that Jacobs’s predecessor negligently designed the bridge, and therefore, Jacobs should share in any damages that URS is required to pay to the injured plaintiffs.

Minnesota Statute 541.051 provides a statute of limitations and statute of repose that govern nearly all claims arising out of “the defective and unsafe condition of an improvement to real property.”

Construction of the bridge was completed in 1965. The first version of Minn. Stat. 541.051 was enacted in that year, but in 1977 the Minnesota Supreme Court declared it unconstitutional. The legislature amended the statute in 1980 to remove the constitutional problem. The 1980 version of the law provided for a 15-year repose period (meaning that all claims were extinguished if not commenced within 15 years of the substantial completion of the construction).

The Minnesota Supreme Court decided that the 1980 version of the statute applied, and therefore, URS’s contribution claims against Jacobs was extinguished by 1982.