Oral promises are, by their nature, fleeting and unreliable.  This is apparently even more true when the promise is about manure. 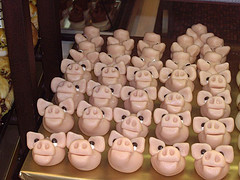 In Maday v. Grathwohl, the Minnesota Court of Appeals held that a written “Manure Easement” superseded a prior oral promise to deliver all manure to a neighboring farm.  As a result, the neighboring farm that wants more manure is, quite literally, SOL.

Maday sold some of his Iowa farmland to the Grathwohl brothers. As a condition for financing the purchase, the Grathwohls’ lender required that the bros also secure a manure easement that would allow for the transportation and disposal of the manure from their hog farm. The manure easement ultimately provided that, in exchange for allowing the Grathwhol bros to dispose of manure on the Maday farmland, Maday would receive discounted fertilizer from the bros.

For a few years after the agreement, Maday would help himself to manure from the pits on the Grathwhol bros’ property.  Eventually, the bros started selling manure to third parties, and Maday didn’t get all the manure he wanted. Maday sued the Grathwhol bros, alleging that they had promised to give him all of their manure as another condition for the manure easement.

The trial court refused to consider evidence of the oral manure agreement, based on the parol evidence rule. That rule requires courts to exclude evidence that contradicts or seeks to modify an integrated written contract.

Maday’s only hope of overcoming the parol evidence rule was to prove that the oral agreement was really about something different than the manure easement agreement (The theory being that, if the oral agreement was about something different, then the evidence would not be inconsistent with the written agreement, and therefore, would be admissible). This was an uphill battle from the start, what with the narrow likelihood that anyone would have two separate agreements about manure.

The Minnesota Court of Appeals agreed with the trial court, that the evidence of the oral promises should be excluded.

The result: Maday was SOL. The lesson: Oral agreements are terribly difficult to enforce.  Make sure you get what you need in writing.