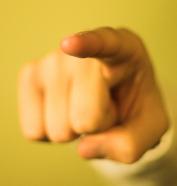 In a 122-page complaint, Thrivent Financial for Lutherans has gone to town on Countrywide Financial Corp., BAC Home Loans Servicing, L.P., GMAC Mortgage LLC, and and their affiliates, alleging all sorts of fraud.

Dan Browning, of the Star Tribune, wrote a nice, succinct article about the suit.

(A short diatribe about this complaint is in order.  It is long.  No, really, it’s extremely long.  So long, in fact, that its authors saw fit to include a table of contents.)

Thrivent alleges that it bought mortgage-backed securities from Countrywide and GMAC.  Thrivent claims that it thought it was buying safe “conservative, low-risk investments.”  According to Thrivent, the mortgage-backed securities were supposed to be composed of mortgages  issued pursuant to specific underwriting guidelines and awarded an AAA rating.  They weren’t, and Thrivent contends that Countrywide and GMAC knew that they weren’t.

So, Thrivent has asserted various common law fraud claims, an “aiding and abetting” claim, a negligent misrepresentation claim, and a successor liability claim.  Thrivent’s lawsuit relies on documents produced and statements made by the defendants in other lawsuits and in response to various government investigations.

Since the allegations against the defendants are so well documented (read: long), I’ll be looking forward to seeing the answer.